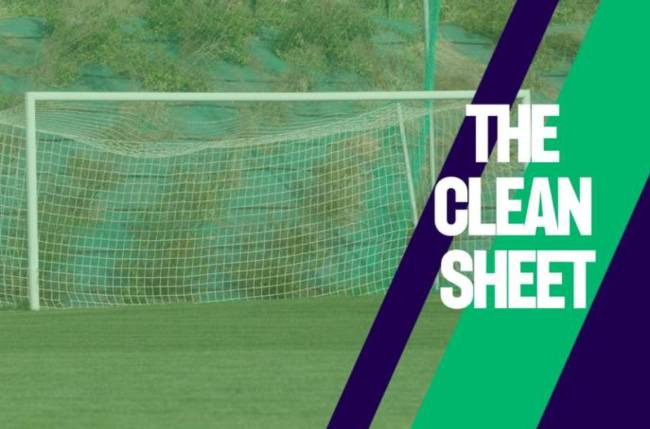 In soccer, a clean sheet occurs when one team prevents the other team from scoring. Some soccer games are low scoring, but stopping the opposing team from scoring ultimately comes down to the goalie. In recognition of how often they didn’t allow a score during the season, goalies receive a special award.

What is the purpose of a soccer clean sheet? Can both teams receive it during a game, and who has received the most in their soccer career? A clean sheet in soccer (football) is broken down in the following way.

Why is it Called a Clean Sheet in Soccer?

When a goalie keeps a clean sheet, no goals are scored against him. Early soccer scores were written on a piece of paper to keep track of the game. One team’s sheet of paper would be blank if they failed to score.

All sorts of information would be recorded on these pieces of paper. There would be a record of penalties, fouls, shots against the goalkeeper, and team scores recorded on the paper. It was a clean sheet when one team had no information about their scores.

Can Both Teams Record a Clean Sheet During the Same Game?

When a regular-season soccer game ends in a tie, both teams record a clean sheet because there were no goals. The winner of a knockout competition match will be determined by overtime or penalty kicks. Since you cannot have a year-end match with no goals, the World Cup will go into overtime.

Why are Clean Sheets Important in Soccer?

A clean sheet during a regular-season match guarantees your team at least one playoff point. Consequently, if both teams score zero goals and tie, they both earn one point in their playoff brackets.

A clean sheet is also important because it can highlight some of the league’s best goalkeepers. It takes a team effort to win a soccer game, but the goalie is still the last line of defense. In spite of low-scoring games being standard, not allowing any goals is an accomplishment for the entire team and goalie.

What is the Golden Glove in Soccer?

Who Has the Most Number of Clean Sheets in the History of the Premier League?

Who Has the Most Clean Sheets as a Goalie in the MLS?

According to Soccer America, 30-40% of soccer games end in ties. It’s important to note that a tie doesn’t mean neither team scored, but games that end 0-0 are also included in this category. Sports betting requires an understanding that there is a relatively high chance of a clean sheet.

How Many Goals Occur Roughly Per Game in the English Premier League?

How Many Goals Occur Roughly Per Game in MLS?

For the 2021 season, MLS averaged 2.51 goals per match, according to Forbes.com. Over the past few seasons, the number of goals per game has decreased. According to statistics, 3.19 goals were scored per game on average in 2018.

What Do they Call a Clean Sheet in American Football, Baseball, and Ice Hockey?

A clean sheet indicates that one team did not score any goals. Major League Baseball, Ice Hockey, and American Football call keeping a team from scoring a shutout. It is the same thing to have a clean sheet as to have a shutout.

Conclusion: What is a Clean Sheet in Soccer?

A clean sheet in soccer means that one team prevented the opposing team from scoring. MLS and the English Premier League average less than three goals per game, so one team might not score during a match. It is easier to bet on soccer if you know a team’s goalie, how many goals they score on average, and who plays on that particular day.

It is popular to bet on win and nil in soccer. If you correctly predict which team will not score based on how many goals one team scores and how good their goalie is, your bet can be favorable.