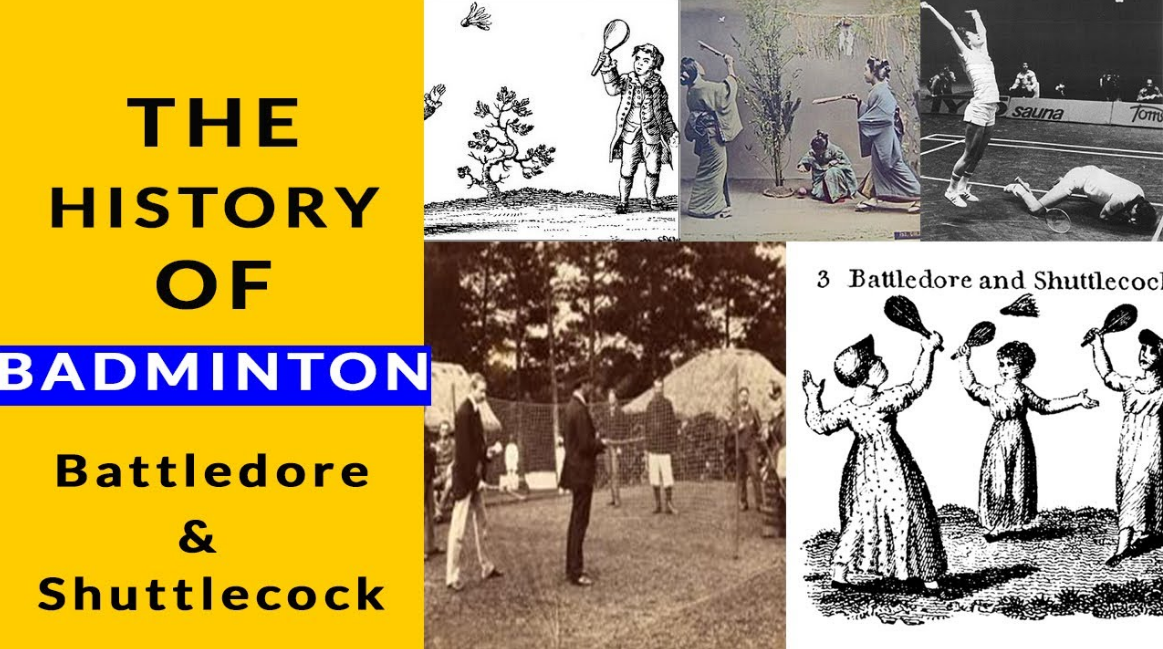 Where did badminton originate? It’s quite a thing that so many people know about the sport Badminton, or at least know the name, but do not in fact know how the game is played or what the history of Badminton is. Here’s more about badminton, where it originated, the countries where it is majorly played, and its history through the years.

What is the Origin of Badminton?

Badminton is an ancient sport that was played in Asia, India and China, and Europe more than 2000 years ago. Originally it was played with what was known as a battledore and shuttlecock which gave it, its name then before a net was introduced for its play in India in the mid-1800s.

Of course, the game of badminton has changed a fair amount since then and the equipment has become a little more sophisticated, but the premise remains the same. Two or four people, a badminton court with a net, badminton rackets or paddles, and a shuttlecock or ball.

In India, badminton was known as Poonaor Poonah, and the official badminton rules were drawn up in Pune, India, in 1873.

It took another 100 years for badminton to be introduced at the Olympic Games as a demonstration sport, and thereafter another 20 for it to be a recognized Olympic sport. Today badminton is played worldwide but it is important to remember the history of badminton and its origin.

Let’s look at the old names for Badminton

Battledor was one of the older names for Badminton and it literally means Bat or Paddle.

In ancient times a battledore was a wooden paddle that was used for washing clothes, as well as for beating or stirring. Clearly the implementation was adapted so that it could be used for the sport. Battledor was one of the original English names for badminton and today a Battledor is known as a badminton racket.

A shuttlecock is a ball, and this name is still used today. It is made up of a cork that has feathers attached to it, forming a cone shape.

Today a shuttlecock is made of plastic, although in the olden days it was made from cork and real feathers.

Poonaor Poonah, or just Poonah as mentioned above, was the original game given to badminton in India, in the city of Pune.

It was a game that was played and enjoyed by British army officers stationed in India, which is how it is thought to have spread to England. One can almost imagine the British soldiers, all very smart and colonial, playing Badminton in India.

They would play on the grass, in front of gorgeous heritage homes or palaces, wearing their full army regalia. The name Badminton was eventually settled on as the game became more widely played in England.

Although the origin of Badminton is not England, the name is English. The Duke of Beaufort lived in Gloucestershire and the sport took its name from Badminton House where the game was first played. Today, Gloucestershire is the home of the International Badminton Federation, formed in 1934, a Federation that is almost 100 years old.

It is interesting to note that while Badminton, Battledor, was played in Ancient Greece and China, much of the history of badminton is attributed to India and the British Army officers who played in India, bringing the sport back to England.

The game was initially one played by the more upper-class English people, remembering that the English were very much governed by class, but today Badminton is a sport for all people.

History of the Game

Badminton World Federation, or BWF, is the international governing body for badminton. Known as the International Badminton Federation when it was started out in 1934, the initial nine members were:

It was in 1938 that the United States joined the IBF, becoming its 10th member, and thereafter the sport grew, the popularity of the sport grew, and today there are 193 members. Played all over the world, badminton is right up there with football, cricket, and tennis.

As a part of the Badminton World Federation, there are more than 170 members.

In the USA, badminton was always viewed as a fun sport, a game that could be played in the garden, on the beach or in the park.

Even though a badminton court is required for professional badminton, a badminton court can be set up anywhere for fun and recreation. Informally, the game just needs a net. Each player has a bat, racket, or paddle, and they each have a shuttlecock, and they hit each other over the net as often as they can until one of the players makes a mistake.

When I walk my dogs in the park, you will see badminton being played, just as I do now. There are badminton courts all over the United States, on indoor and outdoor courts, as well as around the world, but it’s also easy to play on a leisurely basis.

Badminton is a game that is 2000 years old or so, so it won’t go away any time soon.

The reason people love it is because it is accessible, available for the whole family, provides good exercise and lots of laughs, is great for math since you count the long, long rallies, and can be played anywhere in any weather, including your living room if you have a big enough space.

Having great ball skills for badminton is not essential for recreational play – the shape and design of the shuttlecock makes it easy for a player to keep the ball in the air – but if you are playing professionally, then you need a lot more skill.

Badminton was played as a demonstration sport during the 1972 Munich Olympics. The sport made its Olympic debut in 1992, where it was played in men’s and women’s singles, doubles, and mixed doubles events. Between 1992 and 2016, China won 41 badminton medals, ahead of Indonesia with 19. Great Britain has just three medals to their name in that period.

Badminton World Federation organizes badminton tournaments all over the world, dividing them into different grades based on ranking points and prize money.

In which country did badminton originate?

The game is named after Badminton, the country estate of the dukes of Beaufort in Gloucestershire, England, where it was first played about 1873. Originating in ancient Greece, China, and India, it is closely related to the old children’s game battledore and shuttlecock.

Where did badminton originate in India?

The modern game of Badminton originated in the city of Pune in India and was originally known as ‘Poona’. The first pioneers of the game in Europe were British Army officers stationed there. The game was played in 1873 in a place called ‘Badminton House’ in England, from where it got its name.

Invented in India in a version called Poona. About 1870, British army officers learned the game. In 1873 the Duke of Beaufort introduced the sport at his country estate, Badminton, from which the game derives its name.