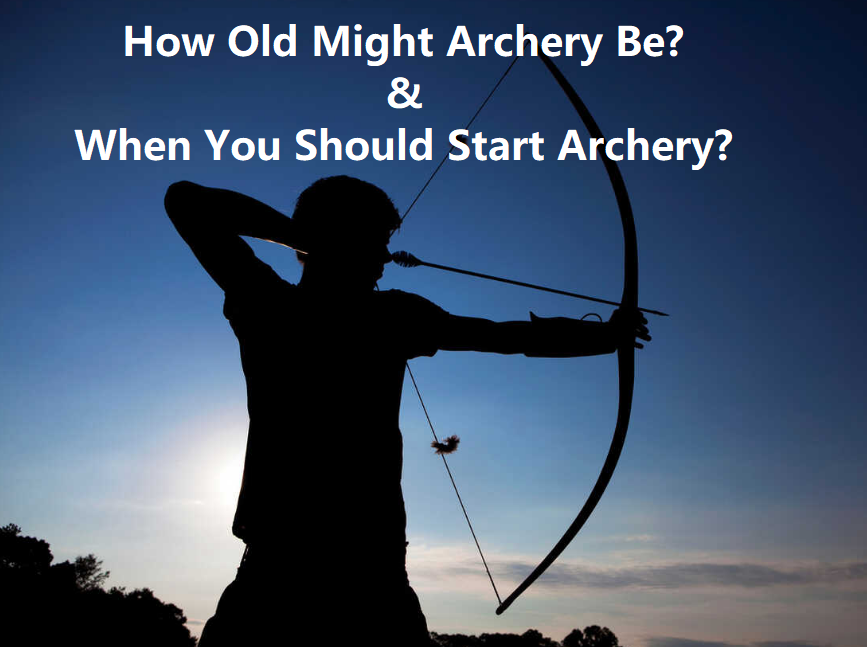 How Old Might Archery Be? For many decades, a wooden bow made from a single piece of wood from an elm tree has been lying quietly in a glass case on the ground floor of the national museum in the center of the Danish capital city of Copenhagen.

(It’s just a couple of 100 meters away from Christiansborg Palace, which hosted the finals of the 2015 World Archery Championships.)

The bow is broken into five pieces. Whole, it measured 64 inches long and is a glowing, deep brown color. It’s known as the Holmegaard bow and is one of several found in the early 20th century in the peat bogs on the island of Zealand.

At first glance, it’s not the most incredible sight in the world – especially for something so important. Because the Holmegaard bow is – officially – the oldest bow in the world. (Or, rather, it’s the oldest complete bow and the oldest thing that is unquestionably a bow.)

The Holmegaard bow has been dated to around 7000 BC, in the Mesolithic era, making it nearly 10,000 years old.

This date is not in question because it is based upon the peat layers it was found in. The formaldehyde preservative keeps it in the same condition it was found in when it was removed from the oxygen-free bog. But it has also prevented any more specific chemical or carbon dating.

The bow was made and used by people of the Maglemosian culture. They were sophisticated nomadic hunters who had jewelry, domesticated dogs, and even decorated dugout canoes.

It’s striking how modern the Holmegaard bow looks. It’s elegant and symmetrical. It has a characteristic design with wide, tapering limbs and a deep, narrow, cutaway handle. The cross-section is a flat D-shape, like a modern English longbow, with a rounded back and a flat belly.

Modern bowyers have produced reproductions and found it to be highly efficient.

The wide limbs distribute the stress of drawing the bow well and reduce any chance of breakage, and the tapered limbs increase the speed imparted to the arrow.

As archery historian Jan Sachs pointed out, it was even manufactured efficiently. Close to 10 millennia ago, a bowyer somewhere in Northern Europe carefully selected a narrow trunk of knot-free elm that had grown in the shade. (Shaded elmwood produces a smaller and tougher grain.)

Using only the stone tools he or she had available to produce the final bow, taking such care over the selection of the wood would reduce the amount of time spent working it. The manufacturing process would not have been fast; it would have taken time and knowledge.

The Holmegaard bow was not the first of its kind. It had been developed and likely gone through 1000s of previous iterations. It was a technical tool, likely produced by a specialist who had learned their craft from the many hundreds of bowyers – and many, many bows – that had preceded them.

So if this bow is the oldest known, but clearly not the first – just how old are the bow and arrow? The answer is buried deep in prehistory.

Fragments of arrows made of pine dated a few 1000 years older than the Holmegaard bow have been found at Stellmoor, near Hamburg, in Germany. There have been no older bows or arrows found – yet.

Wood does not usually survive from antiquity unless it has been preserved in a damp, oxygen-free environment, like peat. Despite the bow’s ubiquity across cultures and around the world, most of what we know about the early history of archery is interpreted from arrow points.

Arrowheads were made of flint long before they were made of metal – both substances that remain preserved much longer than wood.

In Europe, archaeologists have found triangular worked flints, which are almost certainly arrowheads, dating from the Solutrean period. This was around 20,000 years ago when humans started to migrate to North America.

(This dates between the Upper Palaeolithic, or Old Stone Age, and the Mesolithic, or Middle Stone Age.)

Constructing the kind of light, strong and sharp projectile points that could fit on the end of an arrow requires skill. This is evidence of the cognitive capabilities of early humans. The ability to manufacture such an advanced tool is key to human evolution.

Exactly when points were first added to a shaft and launched by a simple bent stick is still debated.

The concept of improving the human arm with tools dates back thousands of years. 500,000 years ago, archaic humans used projectiles such as spears – simple, sharpened pieces of wood – and darts to hunt animals.

The bow was invented before the atlatl, a stick that can be used to throw a spear or dart, and is found almost everywhere in the world.

The reason for the final combination of arrow and bow is speculative, but it is certain that this technology was so beneficial that archery spread across cultures. Is one of the few inventions that has remained largely unchanged, along with the wheel and the skill to make fire.

Can you imagine the ancient person who bent the branch of a small tree, let it go and, as the branch whipped back into place, wondered what the future might hold?

As evidenced by spring traps, early men were aware of the elastic properties of certain types of wood. It’s possible that the first bows were toys or musical instruments.

What the bow represented may be more important than when it was invented.

The human mind was capable of incredible technological advances because of its most basic instinct – hunger. It allowed people to hunt more efficiently, exploit previously unreachable land, and likely displayed immense power. In addition to acquiring calories, it also allowed time for other activities such as domestication, construction, and conversation.

Its development was a key stop on the road to civilization.

According to the evidence, bows and arrows are at least 10,000 years old in a modern and developed sense. Archery is at least 20,000 years old, based on arrowhead flints, and it is possible that ancient humans were shooting bows 70,000 years ago, or even earlier.

What do you call a person who has specialized in archery?

Someone who specializes in archery might be an archer.

Can a bring archery equipment to Mauritius?

You can but you might need a letter from the Maurititian archery federation, the FMTA

What is the minimum age to compete in Olympic Archery?

How old do you have to be to take a bow course?

Crossbow or archery? If crossbow, I think 14+, and if archery- as young as 6 (starting age)