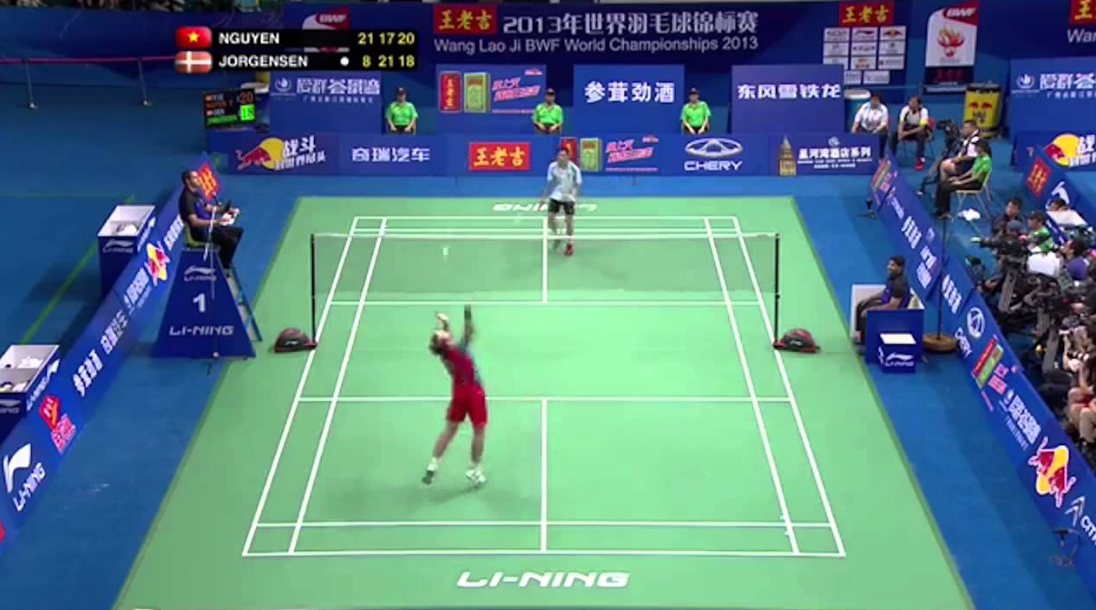 What is a Rally in Badminton? Whether you’re a player or a fan, it’s exciting to know the rules of your favorite game. But if you’re a newbie when it comes to badminton, you might look at the serving and rally point scoring guidelines. You might wonder what the heck they’re supposed to mean.

Anyway, this is not meant to intimidate you. By the end of this article, you’ll realize that the system of rules for this game is not as complicated as it seems.

In badminton, a rally is when the playing teams knock the shuttlecock back and forward across the net until one side misses and the shuttlecock hits the ground. The side that misses doesn’t score, while their opponent scores 1 point.

For rally scoring, either side can score- the servers or the receivers. Let’s look at some other rules of badminton as we learn more about what rally scoring means.

Are you aware that the rules of badminton have recently changed? Well, they have. The aim of making the changes is to speed up the games and also make them a lot more entertaining for fans to watch.
Generally, badminton rules are technical and a bit complex. But you need not worry since here is the current basic rundown of Badminton’s rules as per the Badminton World Federation (BWF).

As the rules change, badminton’s scoring system is not left behind. A single game has up to 21 points, and a match is made of 3 of those 21-point games.

Regardless of the server, you can score a pint from each rally. This is as opposed to the former system whereby only the serving side could score the point.

Doubles and singles matches are the best of the three games. The first side wins the game with 21 points.

For every service, a point is scored and awarded to the team that wins the rally. The side that wins is given the chance to serve again. In the case where the score is 20-20, one side has to win two patent points in order to be the winner of the game.

If no side manages to gain the two-point advantage until the score get to 29-29, the side that becomes the first to attain their 30th point is declared the winner. Matches are played between the best of the three sets.

How to win a point

Players win a point whenever the shuttlecock (birdies) knocks the ground in the half of the court on the opponent’s side, inclusive of the drawn lines.

Therefore, a point can be approved when a shot gets outside of the court boundaries. This can happen if the shuttlecock knocks the net or passes under/ through the net, or in case a player knocks the shuttlecock two times using the racket.

Before playing a shot, players should wait for the shuttlecock to cross the net. Although you may follow it through, don’t forget that a point is conceded whenever you touch the net with your racket or your body.

In badminton, there are particular rules regarding serving. The following are key points. As the player serves transversely into the service box of the opponent, the shuttlecock should be hit below waist height.

As the game begins (0-0), scores are regarded as even. The server should begin from the service court on the right, and must always serve from that court each time both sides have the same amount of points.

Serving from the left side is done when the amount of points is an odd number. As long as the player keeps gaining points, they always retain their serve.

The server wins a point and serves once more from the alternating service square if they win a rally. If it’s the receiver who wins a rally, they gain a point and become the server. Henceforth, they serve from square one, right for the even score and left for the odd score.

In doubles, the scores are also taken into account at the beginning of the game. The server begins on his side and continues serving as long as his side keeps winning points.

Teammates and the server can alternate sides. It seems odd that you serve from the left side. When the point is taken, the receiving side assumes the serve. For each team, the player who never served serves only after their team wins a point at the receiving end.

For singles badminton, the court is usually 44ft long and 17ft wide, while the width extends to 20ft in doubles. The net should be 5ft 1in high at its ends and 5 ft at the middle where it dips.

There is also a service line that is 2 ft long at the baseline. The shuttlecock is another feature that we had talked about earlier. It measures between 62 to 70 mm and weighs 4.74g to 5.5g.

With the above information, there is no doubt that you now know how to serve, win a point, and score a rally in badminton. When it comes to rally scoring, points are scored each time there is a serve.

Either the serving or the receiving team can score the point. One more thing to note about badminton is that the racket’s shaft has to be angled in a descending direction, meaning that the serve should be an underarm attempt. Whether a shot is considered in or out depends on whether you are playing singles or doubles.