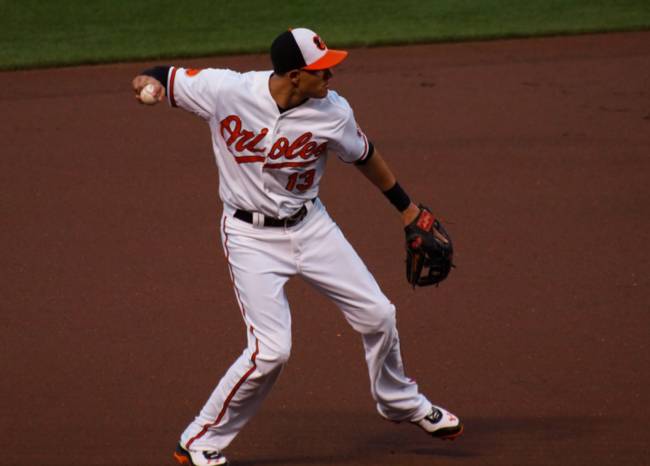 In baseball and softball, a fielder’s choice occurs when a batter reaches base safely despite having outs on the board. Despite not being able to perform a double play at first base, a grounder to the second baseman can be thrown to second to get the lead runner out. As an example, they got the lead runner out on a play from a ground ball, and the hitter-runner only reached first base by the choice of the out at second base.

A fielder’s choice guide is here.

Why is it Called a Fielder’s Choice in Baseball and Softball?

The fielder’s choice refers to the fact that the player reached first base while the other base was out. When a base runner is on the base and makes an out via a hit, a fielder’s choice occurs. Because it was the defender’s decision to get an out at a different base, the baserunner gets to first base safely. The hitter does not receive a hit credit since they did not record a clean hit.

How Do Scorebooks Record a Fielder’s Choice?

During a game, the official scorer will display “FC” on the scorecard. FC is an abbreviation that describes what happened via an out. On an FC play, a scorer might mark 6-4. In that 6-4 FC play, the shortstop threw the ball to the second baseman for an out. The scorebook will show that the hitter reached first base safely, but only because of the force play.

What are Examples of a Fielder’s Choice During a Game?

A grounder is hit to third base with runners on first and second. In order to get the lead runner out, the third baseman tags the base at third base. On the scorecard, the hitter received an FC for the play at third base, which was the only out on the diamond.

Advancing on a Play:

An outfielder throws the ball towards home plate to get a different runner out after a batter hits the ball to the outfield. A batter-runner who hit the ball could take second base on the throw. The official scorer will then mark the play as a single and that they took second base on a fielder’s choice. Defensive indifference might also occur if the defensive team failed to throw the ball to second.

What is the Difference Between a Fielders Choice and a Double Play?

Fielders’ choices and double plays differ primarily in the number of outs they result in. A fielder’s choice can occur during a double-play attempt, for instance. It goes in as a fielder’s choice if the infield tries to turn a double play but only gets the runner out at second, not first. A double play occurs if the throw from second base beats out the runner going to first.

Why Do Defensive Players Opt for the Fielder’s Choice on a Play?

When the opportunity arises, an MLB player will attempt to get the lead runner out on the basepaths. If a batted ball is hit softly to the third baseman on a play with a runner already on first, the defensive team is looking for at least one out. The defender will throw the ball to second base if they know they cannot turn two outs on the play.

When teams are trying to hold onto a lead late in the game, they often choose the fielder’s choice. In the ninth inning, one team is leading by one run, and two runners are on base with no outs. When a hard hit ball is hit to the right of the shortstop, the shortstop might throw the ball to third base to get the runner out, which would prevent the runner from being 90 feet from home plate.

Is a Fielder’s Choice an Error?

Does a Fielder’s Choice Count as an At-Bat / Against a Player’s Batting Average / On-Base Percentage?

The batting average and on-base percentage of a hitter who hits into a fielder’s choice are both affected. A hitter who hits into a force out at second during their plate appearance will technically not record a hit, but it will count as an out against their at-bat. As a result, hitting into a fielder’s choice lowers the batter’s batting average since it wasn’t a clean base hit and counts against on-base percentage.

Does a Hitter Get an RBI via a Fielder’s Choice?

A hitter will get an RBI if there is no error on a fielder’s choice, and he is already running towards home plate. If the fielder makes an error while trying to make a play, no RBI occurs.

Conclusion: What is a Fielders Choice in Baseball?

Fielder’s choice plays are standard in baseball and softball. It occurs when a defensive player decides to get a preceding runner out on the basepaths instead of sending him to first. Official scorers mark the play as a fielder’s choice since the hitter did not reach base safely. As a result, the hitter does not receive a hit. Their on-base percentage and batting average are both affected by not getting a hit.

It is possible to score an RBI on a fielder’s choice, however. If the runner was already going toward home plate on the play, the RBI credit could go to the hitter. In a game, it’s up to the official scorer to make this call.

Why is it called fielder’s choice?

It’s called a fielder’s choice because the defense has decided to put out a runner; it’s not simply a force out. A fielder’s choice is recorded with the designation FC, followed by the number of positions in which it was completed.

What is the fielder’s choice rule?

With a live ball, a fielder may throw for an attempted putout or retire unassisted a runner or batter-runner, allowing the advance of another runner(s).