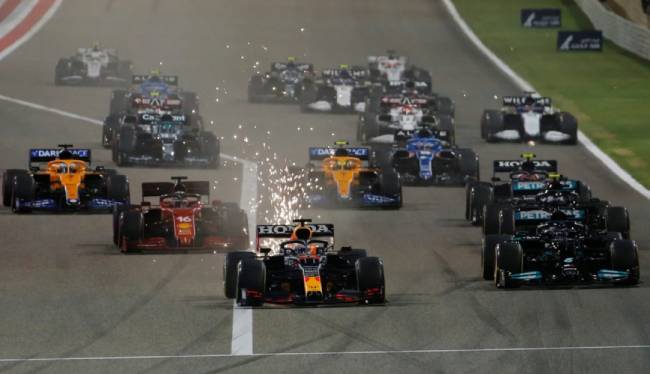 The drivers do one last lap of the track before every Formula 1 race starts. It is similar to the pre-start warm-up laps or parade laps seen in other motorsport racing federations, such as NASCAR and Indycar. In addition to warming up their tyres and mentally preparing for the race, drivers use the formation lap to assess race-day conditions on all track sectors.

What goes into an F1 race’s formation lap in more detail? Formula One races begin with a formation lap every time? When a crash or other incident occurs during the formation lap, what happens?

Here’s what you need to know about formation laps in F1!

What Happens Before the Race?

During a race, F1 teams will bring their cars to their grid boxes at the start/finish line. To prepare the vehicle for racing, they will make final tweaks and adjustments. As mechanics prepare for the race, you may see them adjusting the front wing or keeping the tyres warm with heated tyre blankets.

What is a Formula One Formation Lap in Detail?

On the formation lap, the drivers will follow the speed set by the pole-position driver. Drivers must obey the pit lane speed limit until they pass the start/finish line, after which they may accelerate to keep up with the car in front. During the formation lap, drivers cannot pass the vehicle in front of them unless it is disabled or becomes a hazard.

It is common to see drivers weaving on the track to warm their tyres. Since cars are going so slowly during the formation lap, there is relatively little downforce generated, affecting how some vehicles handle.

All drivers return to their grid boxes at the start/finish line after completing a lap. After all cars have stopped, the five red lights on the track will illuminate, signaling the start of the Grand Prix.

Is there a Formation Lap (Parade Lap) at Every F1 Race?

According to the FIA rules, every race should have a formation lap, with one clear exception. Wet-weather races can be started behind the safety car if the race director elects to do so, eliminating the need for formation laps. In this scenario, the race begins immediately when the cars leave the starting grid.

Why do F1 Drivers Do a Formation Lap / Pace Lap?

Prior to a Formula One race, drivers had the option of completing a formation lap to assess track conditions and make final adjustments to their cars. In the past, warm-up laps were less necessary because F1 cars had smaller tyres that didn’t require extensive heating. Due to the long race distances and slower cars, a warm-up lap might have been too time-consuming.

When / Why Did the FIA Make Formation Laps Mandatory?

In the 1970s, the FIA made formation laps (installation laps) mandatory so that drivers could warm up their tyres before a race. If drivers start racing on cool tires, they may spin or stall, causing the tyres to lock up during the intense launch. Rear-end collisions can result from this lock-up action, as drivers in the back or on the grid don’t expect stationary vehicles to be ahead.

While reviewing track conditions during the formation lap, many drivers communicate with their race strategists and engineers in addition to warming up their tyres. They can even adjust steering wheel settings during this time to make slight changes to their vehicle’s setup.

Finally, drivers can view live conditions across the entire track. In the case of changing weather, this track observation is ideal. It is possible for a pit lane to have a different weather pattern from a far corner on some tracks because they are so long.

Can Drivers Change Their Tyres During the Formation Lap?

When a rainstorm occurs at one end of the circuit, drivers may change their tyres to reflect the changing conditions. During the 2021 Hungarian Grand Prix, most drivers started the formation lap on intermediate tyres anticipating moisture on the track due to a recent rainstorm. Most drivers changed to slicks after the formation lap, but Mercedes’s Lewis Hamilton started the race alone on his original tyres in his grid box.

What Happens if there’s an Incident During the Formation Lap?

In Formula 1, formation lap crashes are uncommon because cars move so slowly that drivers rarely lose control. If a driver crashes during a lap, there are several possible outcomes. To begin with, the driver can make their way to the pit lane, where the pit crew can perform minor repairs, such as replacing a front wing. The driver would start the race from the pit lane in this case.

If the pit crew believes the repair will be too expensive or intensive during the race, the team may retire the car. Drivers may have been able to complete a race with a spare car in the past.

During the formation lap of the 2005 Chinese Grand Prix, Ferrari Michael Schumacher weaved into the path of Minardi-Cosworth driver Christijan Albers. In the pit lane, the two drivers retired their cars and started the race in the team’s extra cars. There are strict regulations today that prevent drivers from using alternate vehicles.

Conclusion: What is a Formation Lap in F1?

Any Formula One race would not be complete without a formation lap. As the cars wind around the track, their tyres heat up, allowing drivers to plan their race-day strategies. One of the most important, if unintended, benefits of the formation lap is that it will enable fans to observe their favorite drivers before the race begins.

Watch the starting procedure closely when watching an F1 race. It is likely that you will see all the care and attention that goes into making sure that each race goes smoothly.

What is the first lap of F1 called?

Approximately 30 minutes before the start of a Formula One race, pit lanes are opened for a warm-up lap, called the formation lap.

How much is fastest lap worth in F1?

A winner receives 25 points, a second-place finisher 18 points, and positions 3 through 10 receive 15, 12, 10, 8, 6, 4, 2 and 1 points, respectively. Finished in the top 10 positions, the driver and team with the fastest lap of the race will receive an additional point.