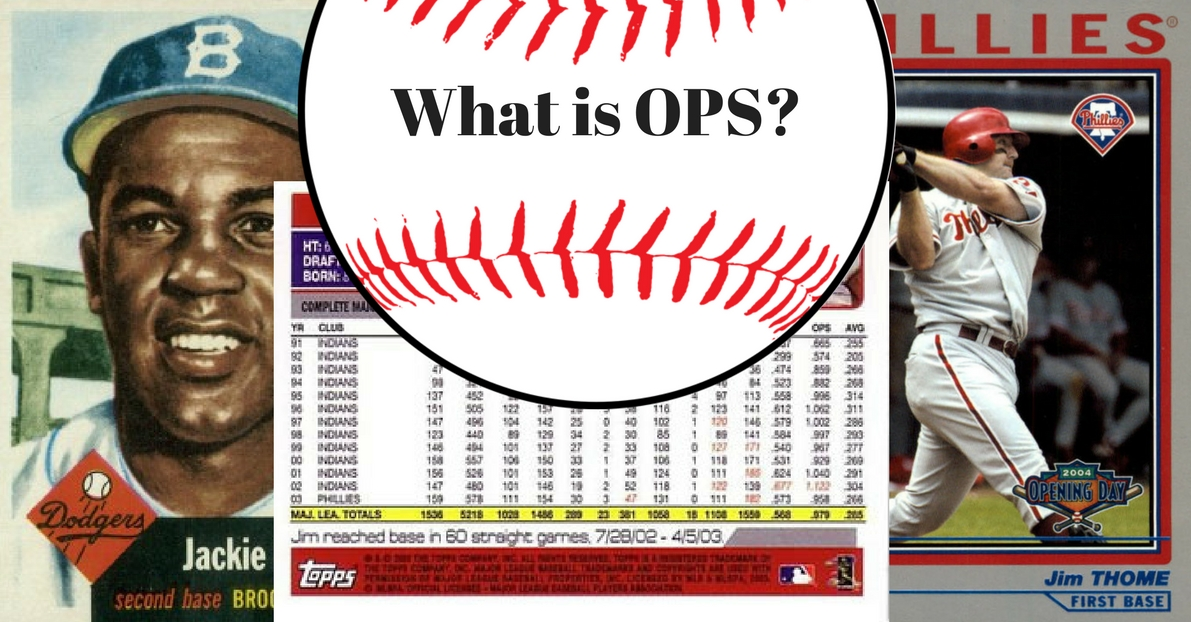 What does OPS mean in baseball? The ultimate sport for math nerds maybe baseball. OPS, for example, includes formulas from other statistics, which makes it very interesting. While it might sound complicated, the result is clear:

calculating OPS, or on-base plus slugging, can be a quick way to determine a player’s actual value to a team. Here is everything you need to know about the unique baseball statistic known as OPS.

How is OPS Calculated?

OPS is one of those statistics that needs other statistics to make sense. In order to calculate On-base plus Slugging, we’ll need two statistics:

Exceptional circumstances, like sacrifice flies, do not count toward at-bats, so they do not have a significant impact on these two statistics. You’ll probably recognize that OBP measures rate, while SLG measures rate and quality. Combined with slugging, on-base plus slugging gives a complete picture of a player’s ability to hit. How is it calculated? Add the two together.

What are good OPS in baseball?

Major League Baseball fans sometimes find it difficult to understand how OPS works. What does it say about plate appearances? What is the quality of the ballpark in which they are hitting? The total bases they’ve hit?

In order to fully understand what a successful OPS is, it is first important to establish a standard. Here are some of the greatest OPS in MLB history:

What is the highest OPS in baseball history?

Previously, we showed you Babe Ruth’s career OPS, which is the highest of all time. A 1.1636 OPS over that many at-bats may never be surpassed, making him the greatest hitter of all time. However, that’s only one way to look at the metrics. OPS and other metrics also deserve to be examined season by season, as they show just how extraordinarily some players have risen in their careers.

With a season OPS of 7th in all time, Ted Williams joins the picture. A fourth player isn’t included on the list until the 13th spot, Rogers Hornsby.

What about High OPS Seasons in Recent Years?

Are there Better Stats than OPS?

A hitter’s talent can be evaluated crudely by adding their slugging percentage or slugging average to their on-base percentage. But there may be more that factors into it than you think.

People like OPS because when you calculate it for an entire team, it correlates with how many runs that team has scored. Because of this, many people believe it is an excellent way to evaluate a hitter’s offensive production.

Also, there is OPS+, which takes this statistic and “normalizes” it across all leagues. OPS+ considers external factors such as the ballpark hitting a player. Based on this measurement curve, the league average is 100. It allows people to see an immediate comparison of the offensive production of players across the entire league.

For this reason, a Cubs player’s statistics might look different from a Dodgers player, who might look other from a Cardinals player or a White Sox player. A player’s OPS with the “+” at the end seeks to even the playing field. The OPS+ is significant during free agency because a player may benefit from playing in a smaller ballpark where home runs are more likely.

What does OPS mean in baseball?

OPS adds on-base and slugging percentages to get one number that unites the two. It’s meant to combine how well a hitter can reach base with how well he can hit for average and for power.

How is baseball OPS calculated?

Who has the highest OPS in baseball?

On-base average and slugging percentage can be combined to gain insight into a player’s offensive performance. With baseball sabermetrics, it’s not always easy to measure everything without seeing it for yourself.