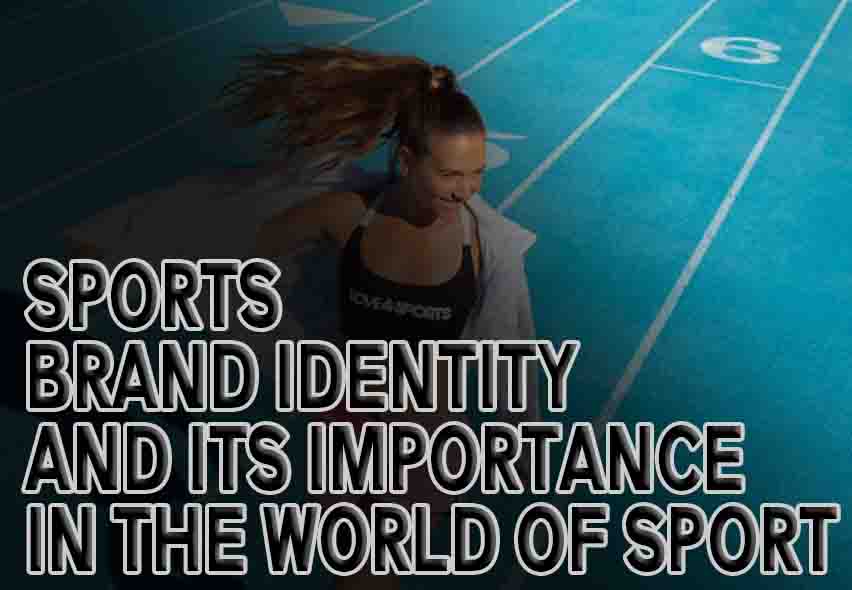 A brand is a name, term, design, symbol, or other feature that distinguishes an organization or product from its rivals in the eyes of the customer. Branding is a set of marketing and communication methods that help to distinguish a company or products from other companies in the eyes of customers. The main goal of branding is to create loyalty among customers and create added value. Sports brands are no different, as they also seek to create loyalty and added value among their fans. in this article we explain why is brand identity so important in World of Sport?

What is brand identity and why is it important in the world of sport?

A brand identity is a set of characteristics and values that form a perception of a company or organization in the minds of consumers. It is often thought of as the “face” of the organization, and can include elements such as logo, colors, tagline, and overall look and feel. Brand identity is important in the world of sport because it helps create an emotional connection between the team or athlete and the fans. It also helps to build loyalty and trust, which can lead to increased sales of merchandise and tickets.

The history of sports branding: how did it develop and what are some early examples?

Athletes have been using their star power to sell products since the late 1800s, when baseball players started endorsing tobacco products. This began a long history of sports branding, where athletes would be paid to promote products. Early examples of sports branding include Babe Ruth promoting candy bars and Muhammad Ali selling coffee.

Today, sports branding is a multi-billion dollar industry. Athletes are paid huge sums of money to endorse products, and their faces can be found on everything from clothing to cereal boxes. Sports branding has become so pervasive that it is now considered a necessary part of any athlete’s career.

Despite its current ubiquity, sports branding is still a relatively new phenomenon. It has only been in the last few decades that athletes have become walking advertisements.

The modern era of sports branding: how has it evolved and what are some current examples?

In the past, sports branding was all about selling tickets and merch. But in the modern era, it’s about so much more. Today, sports teams are using branding to build loyalty among fans, create new revenue streams, and even get into social impact initiatives.

Some of the most successful examples of modern sports branding come from basketball team the Golden State Warriors and football team the Seattle Seahawks. The Warriors have built a massive global brand by leveraging their on-court success into a powerful social media presence. The Seahawks, meanwhile, have used their “12th man” brand to create one of the most passionate and loyal fanbases in all of sports.

These days, it’s not enough for a sports team to just win games – they need to have a strong brand too.

The importance of brand identity in the world of sport: how does it impact athletes, teams, and fans?

Athletes are often known for their skills on the court or field, but their personal brands can have a big impact on their careers, teams, and fans. A strong brand identity can help an athlete stand out from the competition, attract sponsorships, and build a loyal fan base. It can also help a team to sell tickets and merchandise, and boost morale among players and fans. In some cases, a player’s brand can even be more important than their performance on the field.

For athletes, developing a strong brand identity is essential to success both on and off the field. A well-crafted personal brand can help athletes to secure sponsorships, attract media attention, and connect with fans. In many cases, a player’s brand is more important than their performance on the field.

The future of sports branding: where is it headed and what challenges does it face?

There is no doubt that sports branding has come a long way in recent years. However, there are still many challenges that it faces. One of the biggest challenges is how to keep up with the ever-changing landscape of the internet and social media. Another challenge is how to appeal to a global audience while still maintaining the integrity of the sport.

The future of sports branding will be greatly influenced by the way that social media and technology continue to evolve. For example, online photo editors are becoming more and more popular, which could lead to a whole new way of branding athletes and teams. This could potentially create a more personal connection between fans and their favorite players or teams.

However, there are also some challenges that come along with this potential new direction for sports branding. For instance, how will privacy concerns be addressed? And what about the potential for copyright infringement?

Conclusion: why brand identity is essential to the world of sport.

A brand identity is essential to the world of sport for several reasons. First, it creates a visual representation that can be easily recognizable by fans and followers. Second, it helps to build trust between the athletes and their audience. Finally, it can be used as a marketing tool to attract new fans and followers.